There is a browser-only bug in the game that causes the player to not move after surviving more than around 60 seconds. If you wish to play the game in a more stable state, please download its PC build.

A rhythm-based top-down shooter where you strategize your next move to the beat of the music.

Survive as long as you can, destroy all the dice on the screen, and be the last die standing on the table! Every other beat, the player die will take an action. The action will be different depending on what face the die is currently on. The actions are as follows:

MOVE - the player will move in the direction of the cursor.

Each enemy, which is based on different types of dice, has different health, speed and power levels. Avoid these enemies from running into you!

The types are as follows:

D4 - The fastest of the bunch, but also the weakest.

D10 - Reasonably beefy, but slower than the d8.

D12 - Strong in damage and health, but very slow.

D20 - The absolute slowest and biggest die, but is also VERY strong.

Glad you liked it! 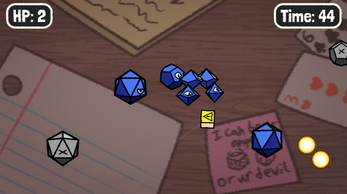 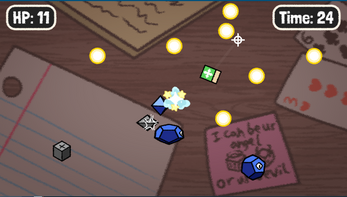 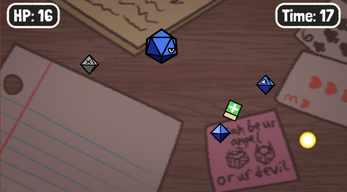 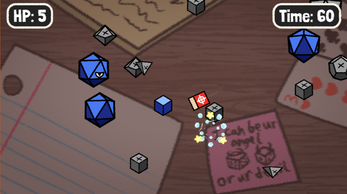